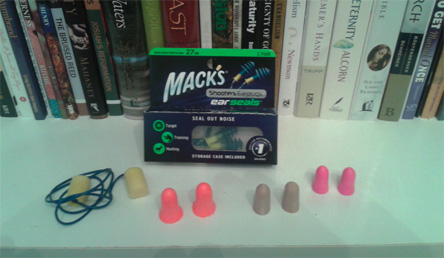 Earplugs. A simple device, but oh so useful.

I seem to have more sensitive hearing than most people. When I was little, I flinched when people played with balloons and never wanted to blow them up. I couldn't stand the sharp noise they made when they popped. In college, I remember going to a concert where I literally thought I was going deaf. My friends, on the other hand, seemed to be thoroughly enjoying themselves. Just last year, I attended a bridal shower and the conversation at one point became very loud and painful for me. I told my roommate about it later and she cooly replied, "It wasn't loud." These are just a few stories. It seems that other people with Asperger's Syndrome are also sensitive to noise and other sensory input. Some recommend wearing earplugs when the sound becomes too loud. I thought that sounded like a good idea, so I ordered a variety of earplugs from Amazon. My grandfather also gave me a pair of earplugs to use.

This past Saturday, I stopped by a restaurant to get a hamburger. I was really hungry and was looking forward to the food, but the music at the restaurant was intolerably loud. I found a seat in the far corner and sighed... "This is surely going to lead to a headache," I thought. "I could use earplugs at a time like this." Then I remembered that I had earplugs packed away for such an occasion! I looked around, figured that it was safe, and stuffed them in. They cut the noise down to a level that was much more tolerable. I enjoyed my meal and avoided a severe headache at the same time, thanks to the little foam aids. Praise the Lord for simple gifts such as earplugs :) 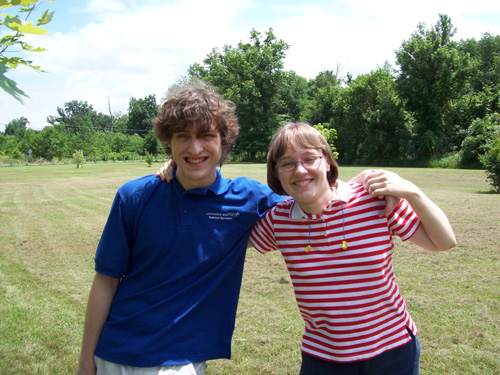 My brother and I are sporting our first pair of earplugs in 2009 on a shoot with our grandfather :) We didn't know about Asperger's back then, but we did have fun skeet shooting!
Collapse