Last week. A view of morning from the window. It's autumn :) 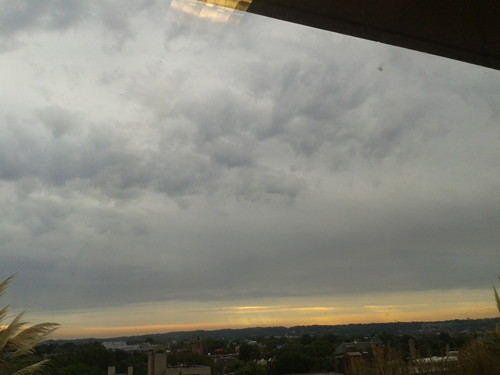 The Library of Congress is not housed in one building - there are actually three different buildings on Capitol Hill and a few off-site facitilies as well. My favorite is the Adams Building. It was was built in the 1930's and looks like a big, stone ziggurat. You can see pictures of it in the Highsmith Archive online. I took a couple photos of my own today. Megan and the Library owl say hello :) 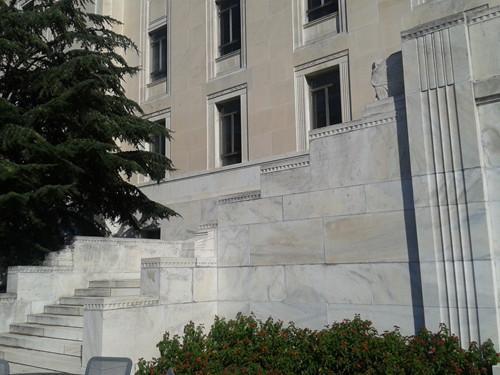 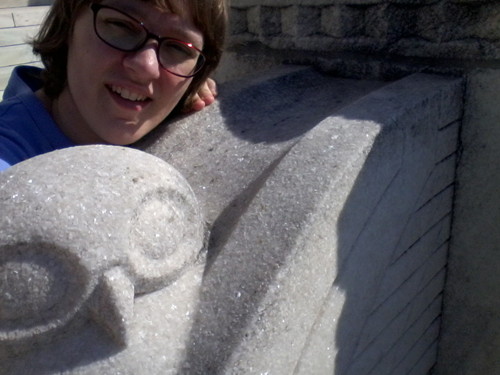 In typical weekend fashion, I found myself running down a path of curiosity that led to unexpected activities. After I finished my work, I checked the library catalog for books related to the Star Trek movies The Search for Spock and The Voyage Home. I found a couple. I also searched for "Saavik" and got one result. The book about Lt. Saavik sounded interesting, so I downloaded it on my phone to read. I was planning to watch Star Trek IV this evening, but I was so tired after work that I didn't feel up to it. Instead, I started reading this book. I just finished the first chapter. While I'm not sure how I feel about the story yet, I like Saavik :) Her character in the third movie seemed both serious and sensitive. She's a Vulcan, like Spock, so she's very logical, but she's also very kind. The book has given a snapshot of her earlier years on Vulcan and I liked these quotes:

"[Spock] had taught her to read and study - easier, given her insatiable curiosity, than teaching her to wear shoes and not gulp her food." p.20

"While Amanda was there to ease the nightmares and tolerate her sometimes regressions...[Sarek's] influence was more subtle... His study door was never closed, and often when he was away - and he was away frequently - she would tiptoe inside and, not touching anything, look at the awards, the artwork, the volumes of law and polity and linguistics and music and a dozen other subjects... When he returned, he seemed to intuit somehow that she had been there, and if he caught her hovering in the doorway, he would say without glancing up, 'You are always welcome.'... Amanda was warmth, comfort, safety; Spock was challenge and role model; but Sarek was wisdom." p.23-24

"When she was a child, running water had fascinated her. She would stop and stare at the numerous fountains that graced the streets of ShiKahr, the play of the sunlight on the spray as fascinating to her as it might have been to a toddler. The urge to dabble her fingers in the water proved almost irresistible." p.29

Saavik sounds a lot like me! What do you think, Sharkray? 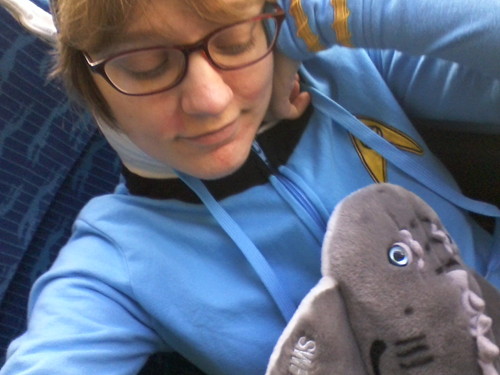