Doves, turtledoves, and pigeons are mentioned quite often throughout the Bible. Are these turtledoves the same kind as the ones we see out the window here in Pennsylvania - the ones who coo so nicely? According to the International Standard Bible Encyclopedia, there were three main types of turtledoves in ancient Israel:

-Palm Dove (also called Laughing Doves) - chestnut colored birds that liked to house in palm trees.
-Collared Dove - cream colored birds with a black marking at their necks. They dwell around the Dead Sea and the Jordan River.
-Rock Dove - larger, darker colored birds that made their homes in mountains, caves, and rocks.


The following Hebrew words are translated as "turtledove", "dove", or "pigeon":

גּוֹזָל
GOZAL: a nestling (word comes from the sound of GAZAL - to rob)
used twice in the Bible

Genesis 15:9 - Abraham’s offering (young pigeon)
Deuteronomy 32:11 - Moses’ song compares God to an eagle which flutters over her young and carries them


תּוֹר
TOR: a turtledove (onomatopoeia; also used for someone dear or timid)
used 14 times in the Bible

יוֹנָה
YONAH: a dove or pigeon (a term of endearment; also the name of the prophet Jonah)
used 32 times in the Bible

Genesis 8:8-12 - the dove that Noah sent to search for dry land after the flood
Leviticus 1:14 - birds acceptable for burnt sacrifice (pigeons)
Leviticus 5:7, 11 - birds acceptable for trespass offering (pigeons)
Leviticus 12:6, 8 - sacrifice for purification after giving birth (pigeons)
Leviticus 14:22, 30 - sacrifice for cleansing from leprosy (pigeons)
Leviticus 15:14, 29 - sacrifice for cleansing from an unclean issue (pigeons)
Numbers 6:10 - sacrifice for Nazarites if s/he is made unclean by death (pigeons)
2 Kings 6:25 - Samaria is besieged and even bird dung is sold for money
Psalm 55:6 - David wishes that he had wings like a dove and could fly away to safety
Psalm 68:13 - God's blessings of victory are compared to wings coated in silver and gold
Song of Songs 1:15, 2:13, 4:1, 5:2, 5:12, 6:9 - The lovers compare each other to doves
Isaiah 38:14 - King Hezekiah mourned like a dove when he was deathly ill
Isaiah 59:11 - God’s people moan like doves and look for justice
Isaiah 60:8 - the Gentiles arise and come, like doves to their roosts
Jeremiah 48:28 - the people of Moab are encouraged to flee to the mountains like doves
Ezekiel 7:16 - the survivors are compared to mourning doves
Hosea 7:11 - Ephraim is compared to a silly dove
Hosea 11:11 - God’s people are compared to trembling doves as they are set free
Nahum 2:7 - Nineveh is compared to crying doves

I was reading the story of the raising of Jairus' daughter and the healing of the woman from bleeding today. A detail struck me as interesting. Jairus' daughter was around 12 years old and the woman had had her ailment 12 years as well. Hm, I never noticed that before... Is there some connection between the two healings? Between raising from the dead and cleansing the unclean? Hmm... 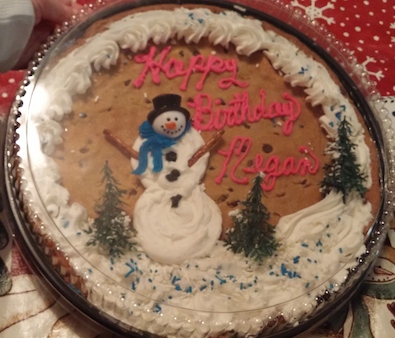 The snow outside today: 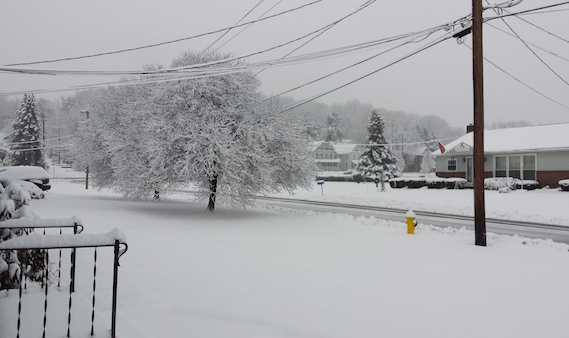