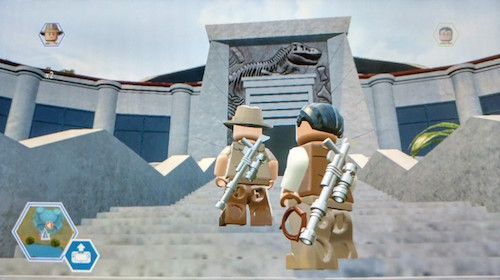 After visiting the zoo last week, I was inspired to draw animals and play some Lego Jurassic World. I've been thinking about the characters of Roland Tembo, Robert Muldoon, and the other hunters in the films. They reminded me of the safari memoirs of F. C. Selous, A Hunter's Wanderings in Africa. I'm only halfway through his book, but it's fascinating to join them on the game trail where they encounter many beautiful species of animals, witness amazing places like Victoria Falls, and sleep under the stars.

Tracking? This concept is new to me, but it's basically the identification of signs of animal movements in order to locate them. Some people track animals in order to hunt them, but others track animals to observe or photograph them. Getting back to the movie, here's a scene from the script that gives a picture of what it's like to track dinosaurs :)

Excerpt from the script for The Lost World: Jurassic Park, scene 48:

Roland is down on the ground with Ajay, staring at an enormous, very deep three-toed track... AJAY, Roland's tracker, studies the rex's trail. It goes sideways, bisecting the game trail.

AJAY: He sprang from the foliage. Picked off a calf - - that's this smaller set of tracks that disappears. Then carried it back into the bush. That way.

Roland gets up and goes to his jeep. At the back, he opens a wood and leather case, revealing his gun. It's an antique elephant gun... He and Ajay head into the bush... Ajay takes a step into the bush, but at a ninety degree angle away from the direction in which the animal tracks lead.

Ajay turns. Roland points in the direction in which the footprint leads.

ROLAND: (cont'd) I'm no tracker, but even I can read this spoor.

Roland smiles and follows Ajay as he sets off in his chosen direction.


I wish that had made it into the final movie :) It's neat to see the relationship between the hunter and tracker in the script and then to realize that both characters are actually included in the final film. I never really noticed Ajay, but his character plays a big role (though a quiet one). As a tracker, he identifies the location of the T-Rex. Later, as the crew runs in chaos from the T-Rex, he warns them not to run into the long grass, where there are more dangerous threats waiting. Sadly, he doesn't make it off the island :( His friend mourns his loss, even as he sits next to the captured T-Rex. Knowing more about their character development makes me appreciate both of their characters. I'm glad they both made it into the lego game, too :)

Here are a few screenshots of Roland and Ajay from The Lost World: Jurassic Park so you can recognize them, too. 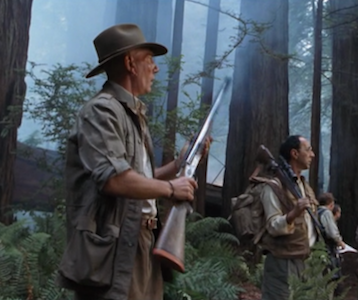 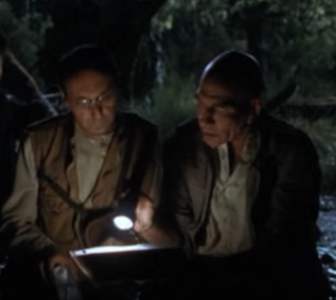 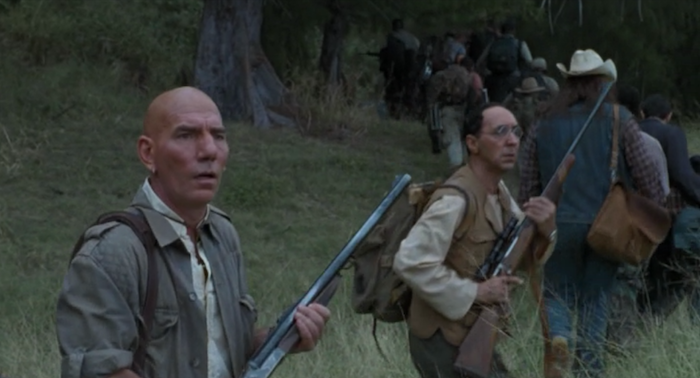