I'm in an Ancient Near Eastern history/archaeology/language mood :) Time to dig out the Huehnergard Akkadian Grammar book! Since I've been conlanging recently (learning constructed languages), the grammatical concepts aren't quite as overwhelming as they were the first time I tried studying Akkadian.

I wasn't sure where to start...but I ended up in the Appendix reference guide for logograms. These are symbols that were borrowed by the Assyrians and Babylonians from the much earlier Sumerians. They're kind of like Japanese kanji, which were borrowed Chinese characters. There's a set of almost 200 logograms included in the book. That seems manageable to learn, if I study a few each week. They kind of feel like anchor points to me - maybe if I can learn them, I can fill in my knowledge around them. Well, even if I don't learn them, it is still a nice way to spend the evening. 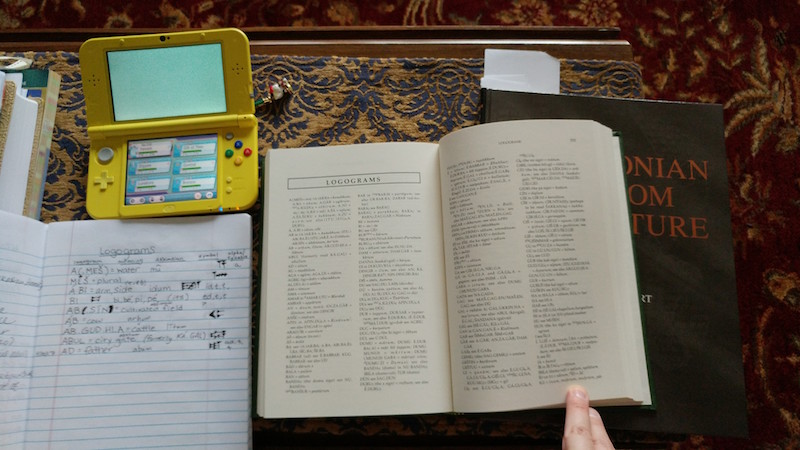